Analysis of the 10th anniversary Bayonetta and Vanquish package

Rainbow Six Siege: Regeneration may help grow the game, but it won't happen

In theaters on March 5 arrives “An extraordinary friend” , a film by Marielle Heller taken from the article published on Esquire in 1998 entitled “Can You Say … Hero?”.

Lloyd Vogel ( Metthew Rhys ), Esquire investigative journalist, is prompted by his boss to write an article with few lines that can describe the profile of Mr. Rogers ( Tom Hanks ); one of the most famous presenters of children's shows, the only personality of the showbusiness willing to be interviewed by the reporter's sharp pen. Accustomed to digging in the sordid, so as to bring out the darker parts of the characters he speaks of, Lloyd in writing and in life is a cynical man whose predominant feeling is anger. A feeling that pushes him to live far from that enchantment which is very often characteristic of children, but which instead permeates the personality of Mr. Rogers.

The film tells the story of the birth of the deep bond that binds Lloyd and Mr. Rogers from their first meeting. Lloyd, in fact, will slowly be catapulted into the fantasy world narrated by Fred Rogers; a world that for the first time opens up to the journalist for his powerful truth and not for the background he is used to navigating. Fred is so good and kind that he seems fake in the eyes of the cynical reporter, but after having reserved a deeper look at the interviews that the conductor had already left in the past and on his show, the man is forced to realize how real he is the truth that opens before his eyes.

The presence of Rogers in his life, on the contrary, will only push him towards the end of the fight with the demons of his past , towards a deeper acceptance of one's feelings and anger. Mr. Rogers is neither a saint nor a hero, but a man who has his moments of weakness, but over time he has learned to face himself and tries to provide his viewers with the tools to make sweetness their mantra . 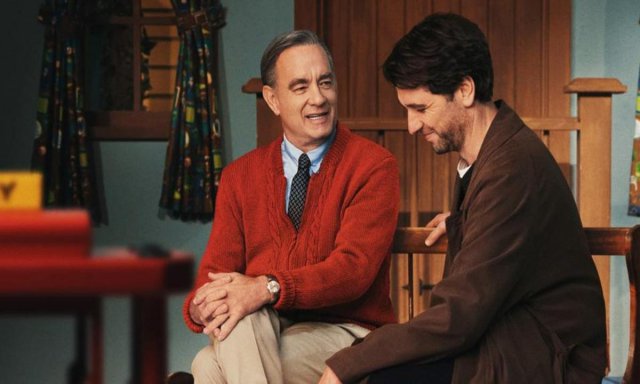 An extravagant, at times surreal, condemnation of the anger of which Mr. Rogers is a judge, jury and executioner; but also confessor of the problems that have always permeated Lloyd's life. The beginning of the film is a little hesitant and is not clearly understandable to the viewer. It was immediately catapulted into Fred's show starting to hum the theme song, a real anthem for Americans of all ages. We are presented with the story as if the narrator were to be the presenter of the program itself, but subsequently the narration takes on Lloyd's point of view, creating that instability that will permeate the entire diegesis.

Tom Hanks is perfect for this role, his face has the right expressions to look damned and unconditionally kind, a bit like it was the Forrest that everyone remembers. Everyone would like to have such a man as a neighbor, someone who is willing to turn the other cheek helping you solve those problems that you didn't even think you had; and he does it with absolute enchantment.

But the sweetness that can be found in Fred's character is recalled by the sweetness of the dialogues themselves. Family dramas are so marked by a slow and delicate rhythm that, however, it is able to hit the target. 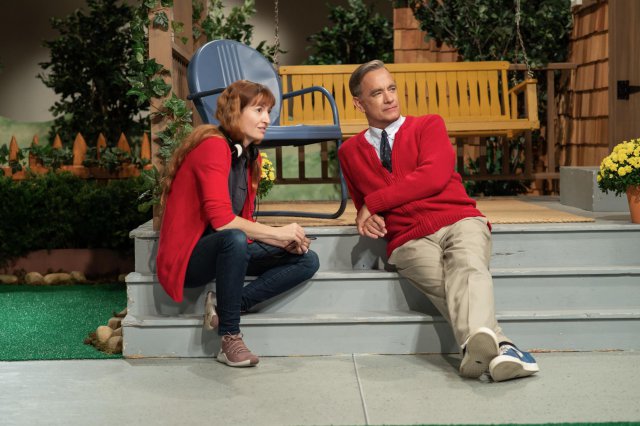 The two Popes, at Christmas on Netflix

The two Popes, at Christmas on Netflix

Death Stranding, a custom controller and only for a few

Bus crashes in a ravine in El Salvador: 11 dead and...

ABOUT US
Read the best Videogames News, Gaming Guide, TV series, Movies and headlines from the video games and movies industry at HOT GAMING.
Contact us: info@gamingtoday.it
FOLLOW US
© HOT GAMING is part of GamingToday an international media group powered by Web Designer Genova
MORE STORIES

admin - February 18, 2020 0
Spending on hardware and software declined last year, as revealed by NPD. The...
%d bloggers like this: